Medicine of the Imagination

A Passionate Please For Right Use of the Human Imagination

I am thrilled to announce that Moon Books will publish my third book in 2020!

Some quotes from this upcoming book:

“We tell ourselves stories. We interpret some things. We misinterpret other things. We fool ourselves. We make things up. We listen to other people’s stories. We believe some – not others. We get inspired. We get bored. We get religion. We get angry. We lose our will to live. We laugh. We love. We laugh at ourselves. In the Ginnungagap (the primordial void in Norse mythology) there was said to be great cosmic laughter (according to some authors).”

The demon we really need to wrestle with (as Jacob did in the Bible) is not the serial killer or mass murderer (those are best left to law enforcement and the FBI) but the toxic belief that there are “two kinds of people”: good people and bad people, superior races and inferior races, people like me and people different from me: “Us and Them”. That way of thinking has caused some of the greatest atrocities in human history. Unless we police our own consciousness and activate our Inner FBI (as it were) all of us carry within us the seeds of such things occurring again. 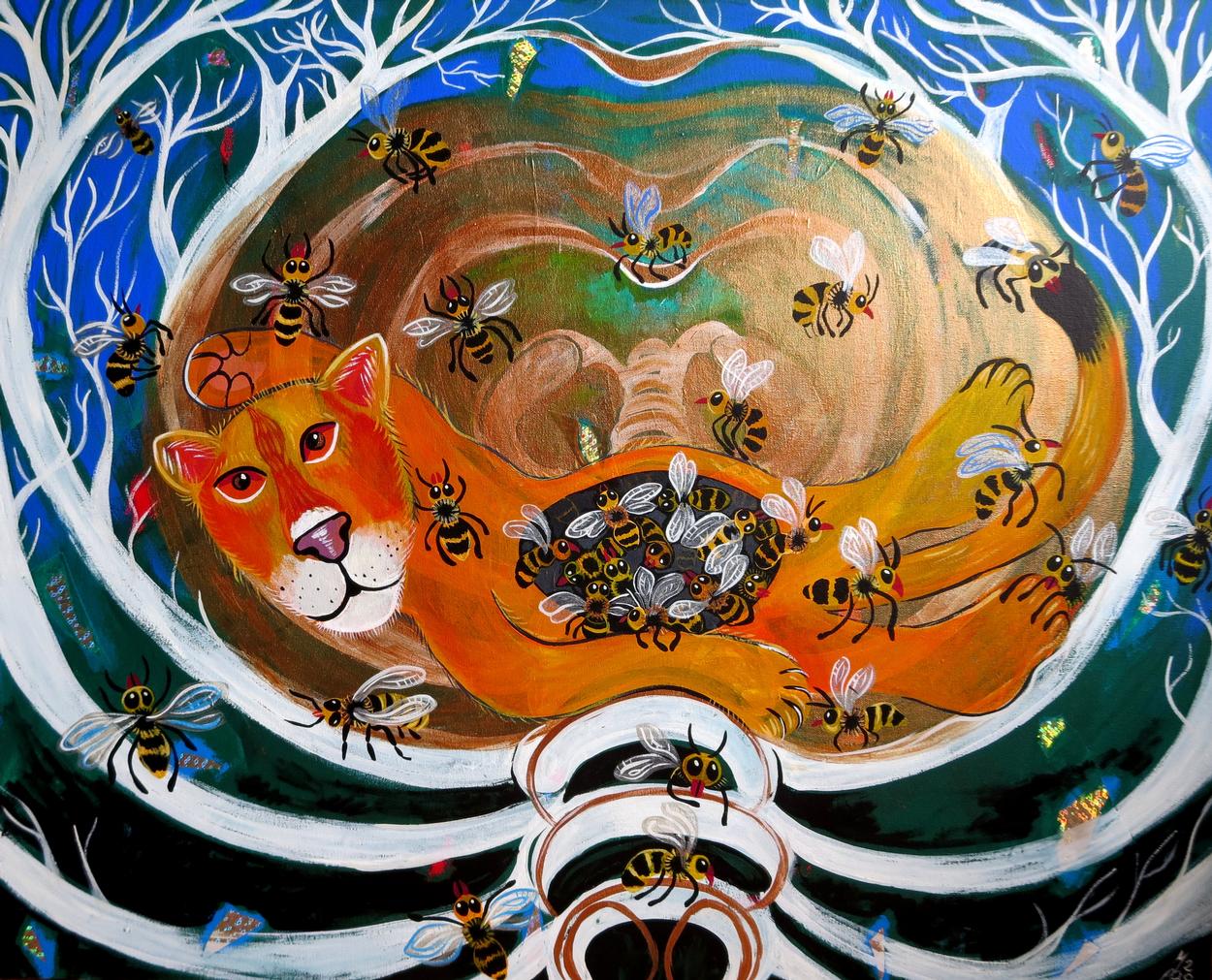 Perhaps the value of struggling with ethical dilemmas lies in that very act: by tossing and turning and giving ourselves a headache pondering all possible dimensions - we grow as human beings, we take our place on the larger spectrum of human values that connects all of these things - and ultimately all of us. We could not do this without the miraculous faculty that is the human imagination.

A Summary of the  Contents

The Imagination is more important than knowledge

Medicine of the Imagination is a book I had not planned to write – but the spirits insisted I start writing it, on the day that I submitted the final version of book number two (Sacred Art: A Hollow Bone for Spirit) to the publisher.

Writing this book has been a great adventure and I have learned much along the way. The basic premise is that we are we are all born with the gift of the human imagination, but most of us do not harness this gift. The default setting for many people is to use the muscle that is their imagination in a rather mindless way.

Jack D. Forbes, author of Columbus and Other Cannibals, wrote: “It is always very difficult to live in this life so as not to be a damaged person or one who damages others”. This is one of Life’s greatest ontological dilemmas (the other one is that “other life forms must die If I am to eat”). Without harnessing and honing our imagination, we stand little chance of not living as a damaged person who damages others.

The human imagination gives rise to the most beautiful man-made structures and creations on Earth: architecture, literature, theatre, music, art, humanitarian initiatives, moon landings and space exploration, mythology, science – they all require a large dose of imagination. We all live surrounded by the results of the imagination of our peers, and the creations of our ancestors.

The human imagination can both ignite and misfire! The Holocaust started as a concept in people’s imagination before it became an irreversible reality and atrocity.

All of us together, humanity as a collective, are creating very confused and mixed outcomes: world peace remains elusive, wars rage and children starve. Division (Us and Them thinking) and projection (making others carry our disowned shadow material for us) remain the norm. Addictions and pollution proliferate.

Wetiko (Windigo in Objibway) is a Cree term for a mindset that cannibalises other people and earth’s resources for ever greater gain and ego-inflation. The human desire for excess drives military expansion, imperialism, colonialism and any kind of advancement or again at the expense of other people and beings: more-more-more, me-me-me. Whales choking on plastic show us where this mindset leads. We can choose to heal our addictions and the larger human field becomes healthier for every person who commits to recovery. The whole cosmos exists within ourselves – any healing we do for ourselves benefits the whole Web of Life.

The development of morality in human beings owes a lot to the imagination. The same thing is true for key qualities such as empathy and compassion. To fully understand those, this book also takes a close look at their opposites: narcissism, psychopathy (and in a completely different category: autistic spectrum disorder). We can all learn a lot from studying minds that are not wired the “neurotypical” way. At times we even need a homeopathic dose of “psychopathic medicine”!

C. G Jung wrote that “We do not become enlightened by “imagining figures of light, but by making the darkness conscious.” Humankind has a long way to go in making darkness conscious! Here is the bottom line: we cannot create what we cannot imagine - and we cannot eliminate things by pretending that they don’t exist. The shadow of human existence will not go away if we ignore it. It is deeply wired into the human psyche (and human condition) and it will unfailingly return through the backdoor wearing a new outfit. Therefore, it is our moral duty to find safe and acceptable expressions for our shadow selves and shadow material.

In this book I go one step further and suggest that it is our moral duty to engage our imagination in service to other people, especially vulnerable people – if we are to transcend religious wars, homophobia and medical “cures” worse than the diseases we face. This book also looks at dreams, personal and collective karma and the balancing of opposing forces in a balanced human psyche.

Every chapter in this book ends with an activity that allows people to engage personally and directly with the material presented.

Summed up in just one line this book is a passionate plea for the right use of the human imagination!

I dwell in possibility

(Title of one of her poems) 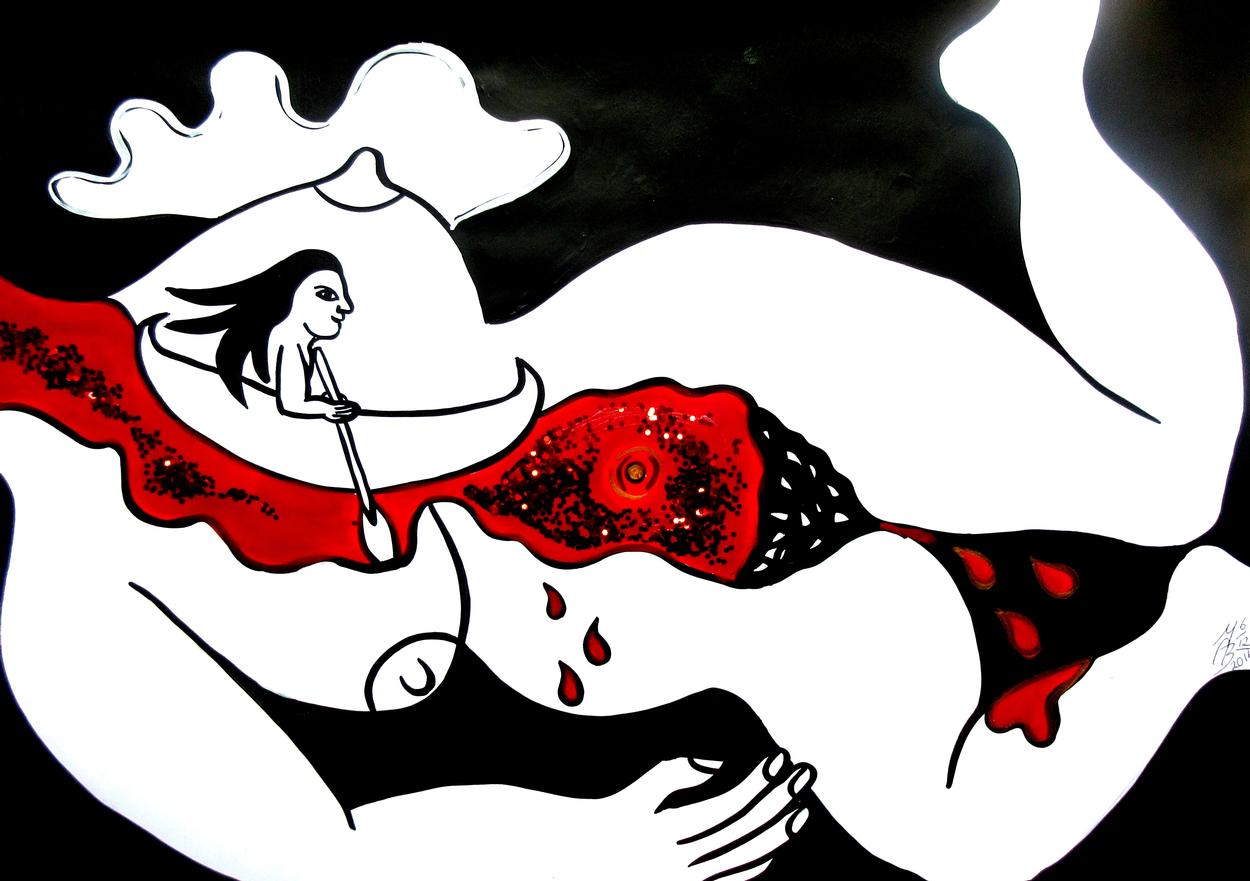 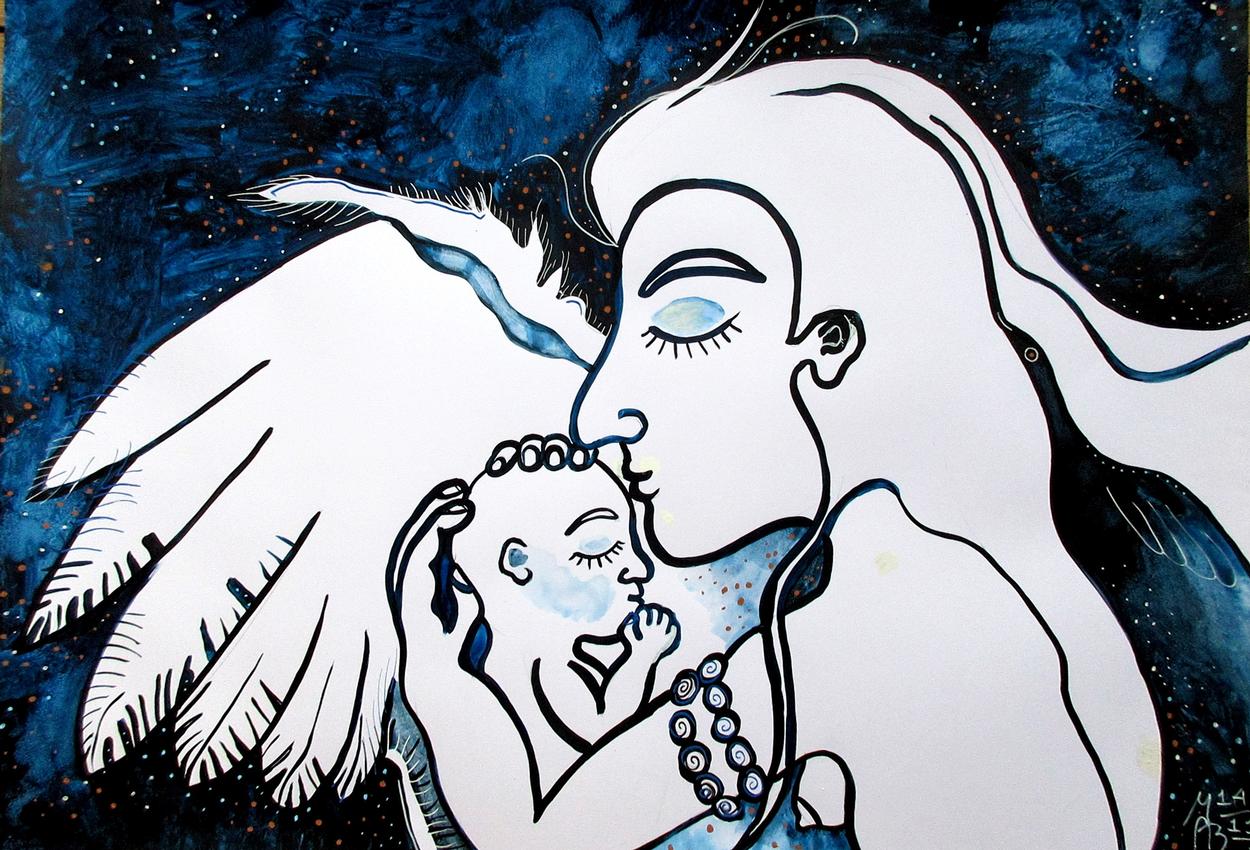 I operate one dedicated admin day a week for my school and practice, generally Mondays but sometimes other days. On this day I try to respond to all messages received through this site. The other days I am largely off-line painting, writing books and new courses, or roaming The Wild as a Forest Witch. When I am teaching intensive courses I drop off-line altogether. - Please expect delays in hearing back from me!

My international teaching schedule no longer allows me to keep track of people expressing interest only in specific courses. If you would like to receive an occasional update from me (about 6 - 8 times a year) in the form of a newsletter offering "soul food", articles, art videos and an up-to-date (international) listing of all upcoming courses and events - please drop me an email on imelda.almqvist@gmail.com. Courses and events generally appear in the newsletter before I manage to list them on this site. This will change as soon as I master the ancient arts of cloning myself and bilocation!