Álfablót (The Sacrifice to the Elves)

International teacher of sacred art and Northern European Tradition shamanism Imelda Almqvist describes the small Álfablót (Sacrifice to the Elves) Ceremony she performed on her land in Sweden on October 31st in 2018. This is the indigenous Scandinavian version of (or closest thing to) Samhain/Halloween 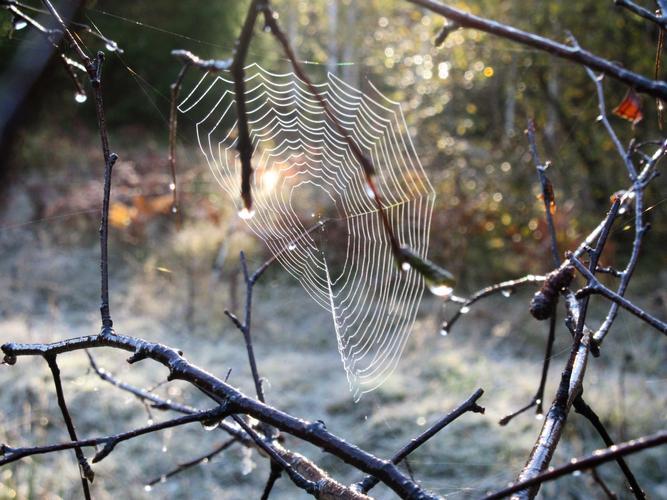 One day even our children (and their children) will be ancestors…

Today Halloween is celebrated in many English-speaking countries. It originated with the Celtic festival of Samhain.

I was in a large supermarket, here in Sweden, yesterday and the first thing I saw upon entering the shop, was an abundance of shelves stacked with Halloween decorations and sweets. That is a relatively new development!  Halloween is not indigenous to Sweden and the phenomenon arrived in the 1990s. For good or for bad, we live in a global village...

In the car on the way home there was a story on Swedish radio titled “Bus eller frukt” (meaning “trick-or-fruit”) Apparently some children had gone trick-or-treating over the weekend (a bit early by British standards!) and received mandarins for their efforts – they were not pleased and they had responded with trickery!

As a mother of three I understand that children yearn for scary costumes and collecting candy but, actually, Scandinavia has a perfect valid tradition of its own, for this period. It is shame that this has (largely) dropped into collective oblivion - though Heathen people have always kept the tradition alive and many Pagan people are rediscovering and actively  reviving old customs today).

My students of Norse Shamanism often ask: “Did the Old Norse people have a festival or ritual comparable to the Day of the Dead , at this time of year?” The answer is yes, the Álfablót, The name literally means “The Sacrifice (or offerings) to the Elves”. This requires a bit of explanation.

The Elves (or Alfar) in the Northern European Tradition are not “fairies” but the souls of male dead ancestors who live on as nature spirits. They often live in burial mounds, though we also find them under big rocks, in caves or in the mountains. We can still communicate with them and making offerings is a respectful way of doing so.

By making offerings we acknowledge that they too once walked the land and that they have now become part of the spiritual Weave of the land. They do not (necessarily or automatically) fit a term often heard in core shamanism: “helping spirits”, though they can choose to be helpful. By honouring them we ensure that they are “on our side” and that we have their cooperation and protection during the harsh winter months (remember that Scandinavian winters are harsh and severe).

In the Old Norse way of thinking every gift (gåva) required a return gift (gengåva). There is nothing cynical about this, it follows the spiritual law of keeping all exchanges balanced. (Today we often speak of the principle of fair energy exchange).

In the past on farms animals would have been sacrificed and their blood poured out as a sacred offering (the word blót is the old Old Norse word for blood) but today many practitioners feel that alternative offerings are acceptable (seasonal foods, drink, the favourite food or drink of ancestors we used to know in real life, or other - as individually guided by your gods and spirits).

Let me also explain that the Alfar are the male ancestors. The female ancestors (Disir) have their own special day in the Yule period (Modranatt or Ancestral Mothers’ Night) as well as a Disablott (Offering ritual to the female ancestors) in the Spring. My intention is write blogs here about those traditions as well. (Watch this space! Or subscribe to my newsletter!)

The fertility god Freyr (twin brother of the goddess Freyja) is known as the Lord of the Elves and his Otherworld domain is called Alfheimr (the Realm of the Elves). It could be argued that this poses an interesting window on the issue of reincarnation: the Lord of Fertility is also the Lord of Souls of the Dead. That is worth sitting with...

When we bought our house in Sweden I promised the landvaettir (spirits of the land) and the "tomte of our tomt " (the spirit of our property, not to be confused with Father Christmas – who also goes by the name of Tomte in Sweden!) that I would observe the ancient festivals and traditions as faithfully as my own understanding allows.

Over the summer I was guided to build a small cairn on our property. I carved a Bone Woman from antler bone, put her inside and dedicated the cairn to her. This was inspired by the Icelandic phenomenon of the Beinakerling:

Today I waited for nightfall (which came at 4 p.m.) and made a small pilgrimage to this cairn. I brought my Rune Drum, a candle and offerings of ale and meat (the traditional offerings for an Alfablót).

I drummed and called in the Deep Ancestors (whose names we do not remember), the Ancestors of Place, the Landvaettir, the animals ancestors of all local animal species and the ancestors that live on in local memory and stories. (Earlier this year we asked a local farmer to accompany us to the cemetery of this parish and tell us about the dead people he used to know when they were alive!)

As a teacher (and lifelong student) of Norse Mythology and Cosmology I also called in the great skalds, bards and the writers of the Eddic poetry (including Snorri Sturlason, who gave us The Prose Edda).

I drummed and chanted. I poured ale over the cairn and offered the food.

Odinn’s name literally means “The Spirit” (Odr means Spirit/Frenzy/Poetry + the definite article “inn”) and he is associated with the wind, sacred breath and The Wild Hunt.

The most powerful thing about my small blót was that every time I called in a round of ancestors – the wind responded by making a howling noise and curling around me. Yet the same wind did not rip the large Rune Drum out of my hands.

I felt that my Álfablót was well-received!

Imelda Almqvist is an international teacher of shamanism and sacred art. Her book Natural Born Shamans: A Spiritual Toolkit For Life (Using shamanism creatively with young people of all ages) was published by Moon Books in 2016 and her second book Sacred Art: A Hollow Bone for Spirit (Where Art Meets Shamanism) will be published in March 2019.  She was a presenter on the Shamanism Global Summit in both 2016 and 2017 and is a presenter on Year of Ceremony with Sounds True. She divides her time between the UK, Sweden and the US. She is currently in the editing stages of her third book “Medicine of the Imagination” and has started her fourth book "Evolving Gods: The Sacred Marriage of Tradition and Innovation"

Important pandemic notice: in response to a FAQ, right now I cannot predict with any certainty when I will be able to return to in-person teaching. My best guess is early 2022. For now I suggest that people enroll in my on-line school instead.  Please note that I always follow government guidance for all hosting countries, in terms of making decisions regarding proceeding or cancelling courses and events.

I am going to be on retreat and unplugged between July 16th and September 6th. I will check emails only sporadically.