By means of this blog Imelda Almqvist (author of Natural Born Shamans) invites people to reflect deeply on the relationship between wolves in the wild and feral children roaming our cities. For every endangered animal species we lose to over-hunting and extinction, we human beings ultimately lose a piece of ourselves: "Every time we kill a wild wolf – we kill a piece of our wild selves, of what makes us the unique beings we are. Every time we kill a wolf, we deprive a child of the chance to share the world with that wolf, to learn the teachings of wolves." 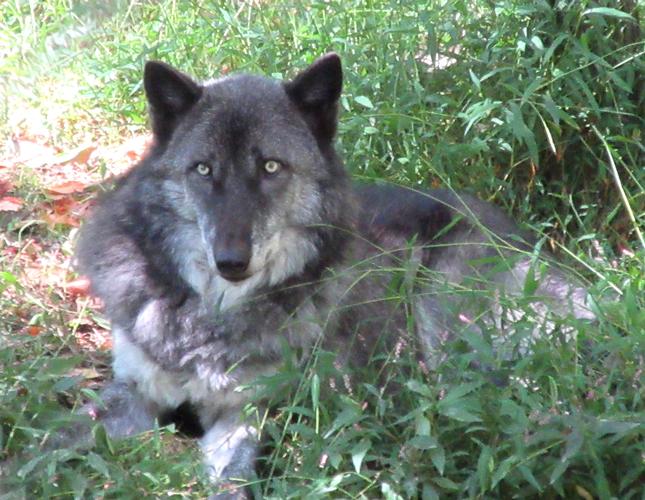 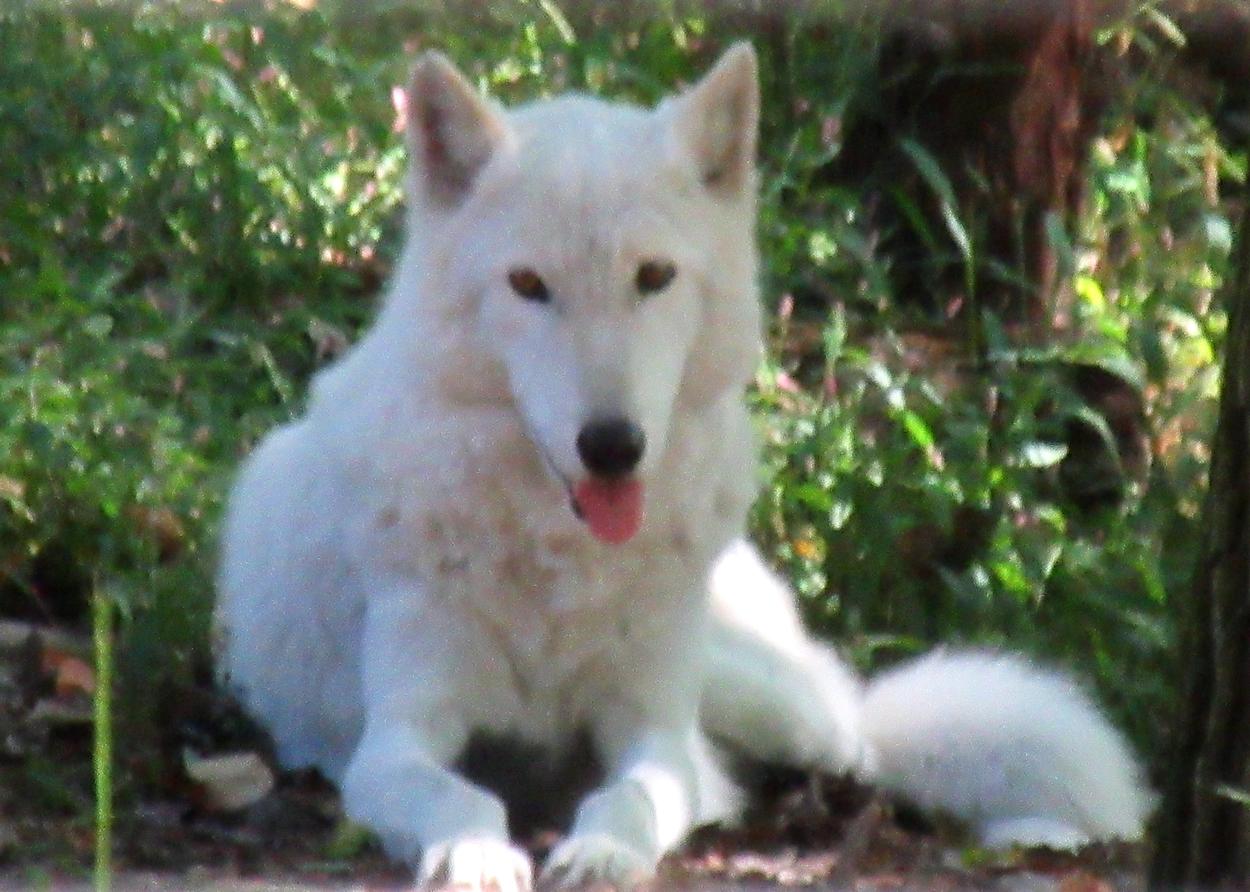 This month (January 2019) there is a Haiku Challenge running on Twitter (coordinated by Pam Ressler). Apparently this is an annual event.  I was not aware of this until I saw a tweet by Dr Brian Stork (reproduced here with his permission):

Cry of the wild

Long to be part of the pack

His haiku was inspired by the following feature: Abused Wolves And Troubled Teens Find Solace In Each Other:

I was just skimming my feed, and his words hit me like a hammer, with a profound insight about young people – before I even listened to the program!

Wolves have been in the news recently.

Young people are often in the news too (and not always in a positive sense or light).

It seems to me that wolves, like sharks, are feared, misunderstood and even demonised animals. We humans project our fears and feelings of hate onto them.  A she-wolf known as Spitfire was shot just outside the protected precinct in Yellowstone National Park in Montana (US), by a trophy hunter just recently. In Denmark a man killed the first wolf to settle in Denmark in 200 years. We have a house in Sweden and the previous owners reported seeing a pack of wolves walk past the kitchen window once, (I have not had this privilege but I often walk in the forest behind our houses knowing that wolves and lynxes live there). Their dreaming and scent clings to the trees.

One insightful article explains that people often take sides: they are pro-wolf or anti)-wolf. While, really, wolves just are. They are part of Creation, just as humans are.

Our neighbour in Sweden (a sheep farmer!) has explained to me in gruesome detail what a pack of wolves (or a lynx) can do to a herd of sheep. I am not romantic or deluded. I know that feral wolves are no lap-dogs or cuddly toys. However, in shooting wild animals and condemning them for following their innate predator instincts – we are killing off the wild side of young people.

And no, this not desirable! When human beings lose touch with their wild selves, they do not grow into their full human potential, they become stunted human beings. When our wild side goes hungry, it will seek something to feed on. It will seek expression in less desirable ways. Pretending that the Wild Side does not exist will never work. What we can do is finding constructive expressions and outlets for the wild drives and dreams wired into human existence.

Genetically speaking we have not yet caught up with our hunter-gatherer ancestors. We are wired for a lifestyle long-lost (in Western culture). Not a too long time ago (in the lifespan of our planet) boys were trained, by the Elders of the Tribe, in hunting and initiated as warriors. Anthropologists tell us that in most early cultures, girls were trained in other skills and initiated into the feminine mysteries of birth and death. This is a historical fact by the way, not a sexist comment. If we are to learn from history and understand our deep ancestors, we need to drop the lenses of perception (and political correctness) that 21st century life demands.

Today we have lost our elders (we think of older people as “past their prime” and superfluous to requirements - we fear old age and death greatly). We no longer initiate our young people – meaning that they are forced to initiate themselves. Some do this in positive ways through sports and competitions or political involvement. Others do this through courting danger, street crime or joining gangs.

The wolf in us also needs his or her pack. I am not quite sure where the cliché “lone wolf” comes from because wolves are pack animals. They only thrive in groups. Only extreme circumstances will force a wolf to live alone. It is an anomaly.

These are all qualities that we are collectively losing track of. We do not encourage them in our children. We domesticate animals and keep pets but we also “tame” our children; we teach them that only a very narrow range of qualities is valued in our world. The world they know is patriarchal. We are hard-core individualists. We give children way too little freedom in order to keep them “safe” (instead we make them ill-equipped for life). Many families are dysfunctional and just not safe for children. Their well-being is not always prioritised. More children than we would like, even in Western culture exist on a level of sheer survival for various reasons (such as poverty, conflict, domestic abuse or mental illness).

To learn more about wolves I invite you to watch the following video about “The Wolf Man”: Shaun Ellis, who chose to go and live with wolves and wrote a passionate book about them:

Some wolves now have lawyers!! That is how misunderstood and endangered they have become! A wonderful woman called Amaroq Weiss is involved in wolf advocacy and works hard on their behalf. She is the West Coast Wolf Advocate for the Center for Biological Diversity. As both a biologist and former attorney, Amaroq has worked on wolf issues in the northern Rockies, Alaska, the Southwest, Pacific West and at the Federal level, for 21 years.

For sake of both the wolf species and our young people, I invite people to work hard on dropping their fears and prejudices about wolves and learn some "wolf medicine" instead, focus on the valuable lessons wolves can teach us about tribe and survival!

The photographs used in this blog were taken at the Lakota Wolf Preserve in New Jersey, US.

A man might befriend a wolf, even break a wolf, but no man could truly tame a wolf.”
? George R.R. Martin, A Dance with Drag

Imelda Almqvist is an international teacher of shamanism and sacred art. Her first book Natural Born Shamans: A Spiritual Toolkit For Life (Using shamanism creatively with young people of all ages) was published by Moon Books in 2016 and her second book Sacred Art: A Hollow Bone for Spirit (Where Art Meets Shamanism) will be published in March 2019.  She was a presenter on the Shamanism Global Summit in both 2016 and 2017 and is a presenter on Year of Ceremony with Sounds True. She divides her time between the UK, Sweden and the US. She is currently in the editing stages of her third book “Medicine of the Imagination: Dwelling in Possibility” and has started her fourth book "Evolving Gods: The Sacred Marriage of Tradition and Innovation"