Julgröt: Offerings of Christmas Porridge for the Gårdstomte and for Frau Holle 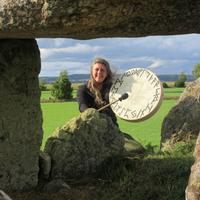 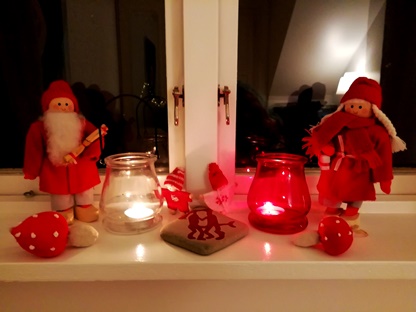 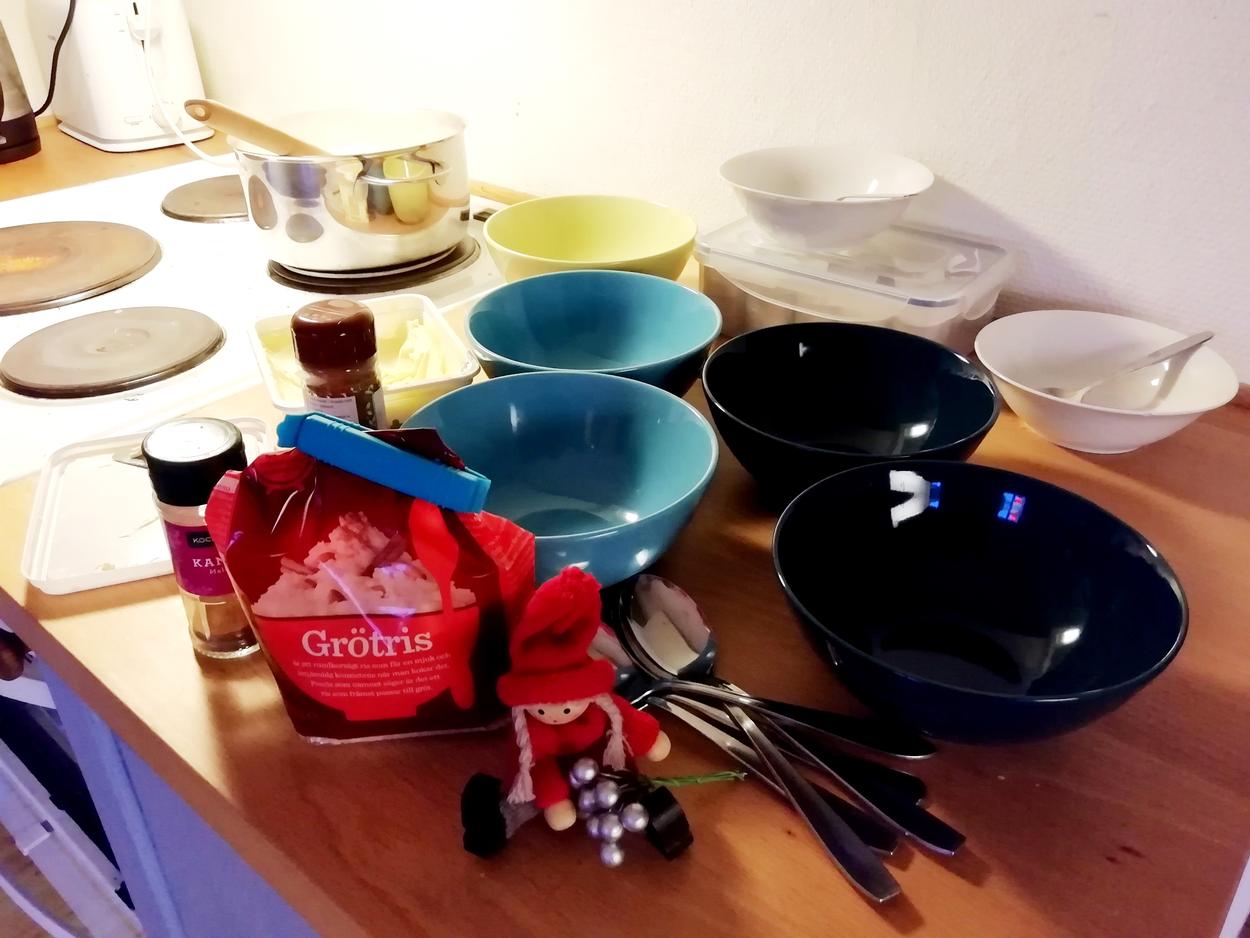 Here in Sweden Jul (Christmas) kicks off on the morning of Christmas Eve. Just before sunset, (which occurs around 2.30 p.m. where we are), I always make the traditional Christmas porridge (Julgröt) for our family.

In Swedish the word Tomte (capitalized) most commonly refers to Jultomten  ("Father Christmas"):  the elf dressed in red, associated with delivering people’s julklappar or Christmas presents. Some authors have linked his red costume to the fly agaric mushrooms which proliferate in Scandinavia. (I was out mushroom hunting in October this year and I can confirm that 2019 was a bumper year for the amanita muscaria, the red mushrooms with the white dots). 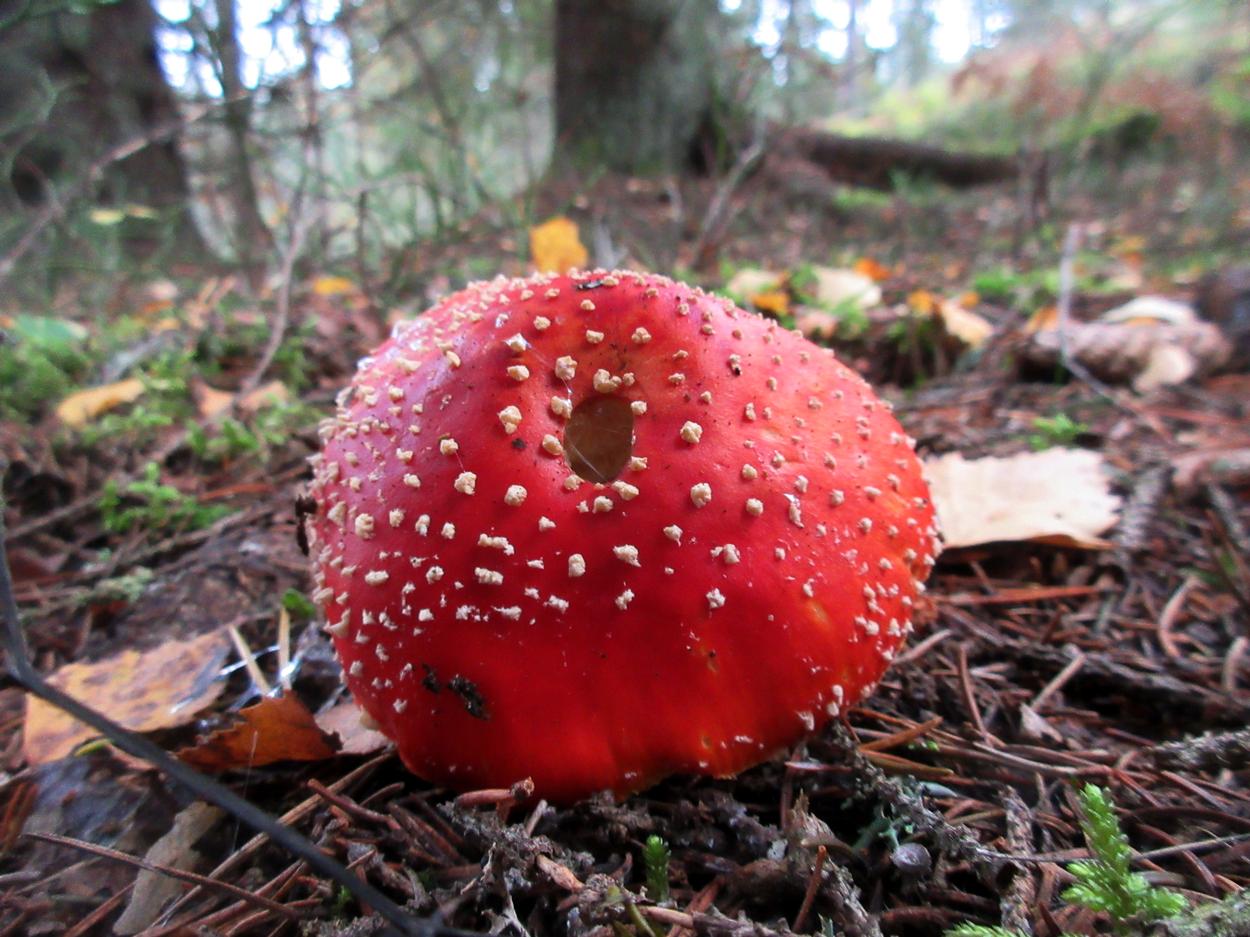 He is an old man and he doesn’t like new-fangled modern things. He likes to see a farm or homestead run the traditional way. When people give him his due, he will help with all activities, from milking cows and haymaking to the caring for horses. One of his hobbies is braiding the manes of horses. Finding the manes of your horses braided one morning is a sign of his presence and goodwill. He is a guardian and custodian of the property. As there is a strong connection, in the traditions of Northern Europe between, between elves (in the Norse sense I just described, not in the fantasy meaning of tiny creatures with butterfly wings) and male ancestors, he may well be an ancestor, or at least ancestor of place. Our Gårdstomte is an ancestor-of-place, the first person who lived in this location and cleared the land for human settlement in the 17th century.

The Swedish word for property, as in the parcel of land that a property sits on, is tomt. Folklore reports that ever since pre-Christian times people have known that any such tomt has its own Tomte (dedicated spirit) who watches over family life, the buildings and the animals. Any owner of a property needs to make it their business to build a good relationship with this Tomte (not to be confused with the Jultomte or Yule Tomte).

At Christmas time he traditionally receives his helping of the Christmas porridge and a glass of whiskey. I just set this out for him on a table by our barn (see picture), where I also place other offerings for him during the year.

However, there is another being who is entitled to her bowl of Christmas porridge and that is the ancient Germanic Frau Holle (Vrouw Holle in Dutch, in my mother tongue). At this time of year, she is out and about with her heimchen, her troop of spirit children. She is one of the powerful figures named as a Leader of the Wild Hunt. For more information check out the course description for a sacred art retreat titled The Wild Hunt that Susan Rossi and I teach:

Mother Holle is on border patrol in the liminal zone, the crack between the worlds, and collects the souls or spirits of stillborn children and dead children. This is her death goddess aspect. Germanic Folklore records accounts of people who encountered her and her troop of Heimchen (spirit children). For more details please watch the dedicated art video I made about this aspect of Frau Holle:

Our family actually set out three bowls this year: one for the Gårdstomte outside (and also a glass of whiskey for him), one in the kitchen for Frau Holle and a separate bowl for the Heimchen, spirit children who accompany Mother Holle, on the window sill – so they can easily find it when they are passing!

My own children don’t question this:

"Oh yes, the porridge for Mother Holle, of course! And please take some of my own porridge as an extra offering for the spirit children!"

Oh! Just one more pointer: the porridge set out needs to be delicious, with a lick of butter and cinnamon (kanel) sprinkled on top. You can also add syrup, fruit jelly or honey.

The Julgröt can also be used for divination: drop one almond in the porridge and ther person who finds it in his bowl will get married in the coming year!

The Christmas porridge is also called tomtegröt  (Tomteporridge) or risgröt (rice pudding or rice porridge). For those who can read Swedish (or operate Google Translate!):

Imelda Almqvist is an international teacher of Seidr and Sacred Art. So far she has published two books: Natural Born Shamans: A Spiritual Toolkit for Life (Using shamanism creatively with young people of all ages) in 2016 and Sacred Art: A Hollow Bone for Spirit (Where Art Meets Shamanism) in 2019. She has presented her work on both The Shift Network and Sounds True. She appears in a TV program titled Ice Age Shaman, made for the Smithsonian Museum, in the series Mystic Britain talking about Neolithic arctic deer shamanism. Her third book, Medicine of the Imagination (Dwelling in possibility) will be published by Moon Books on 30 October 2020.

Imelda was a presenter on the Shamanism Global Summit in both 2016 and 2017 and on Year of Ceremony with Sounds True. She is a regular presenter on The Shamanic Path with Sounds True. She appears in a TV program made for the Smithsonian Channel (the series is called Mystic Britain) about the Mesolithic site Star Carr in Yorkshire talking about arctic deer shamanism! Imelda divides her time between the UK, Sweden and the US. She is currently working on her fourth book, about the pre-Christian spirituality of The Netherlands.

Imelda dreams of being a full-time Forest Witch! 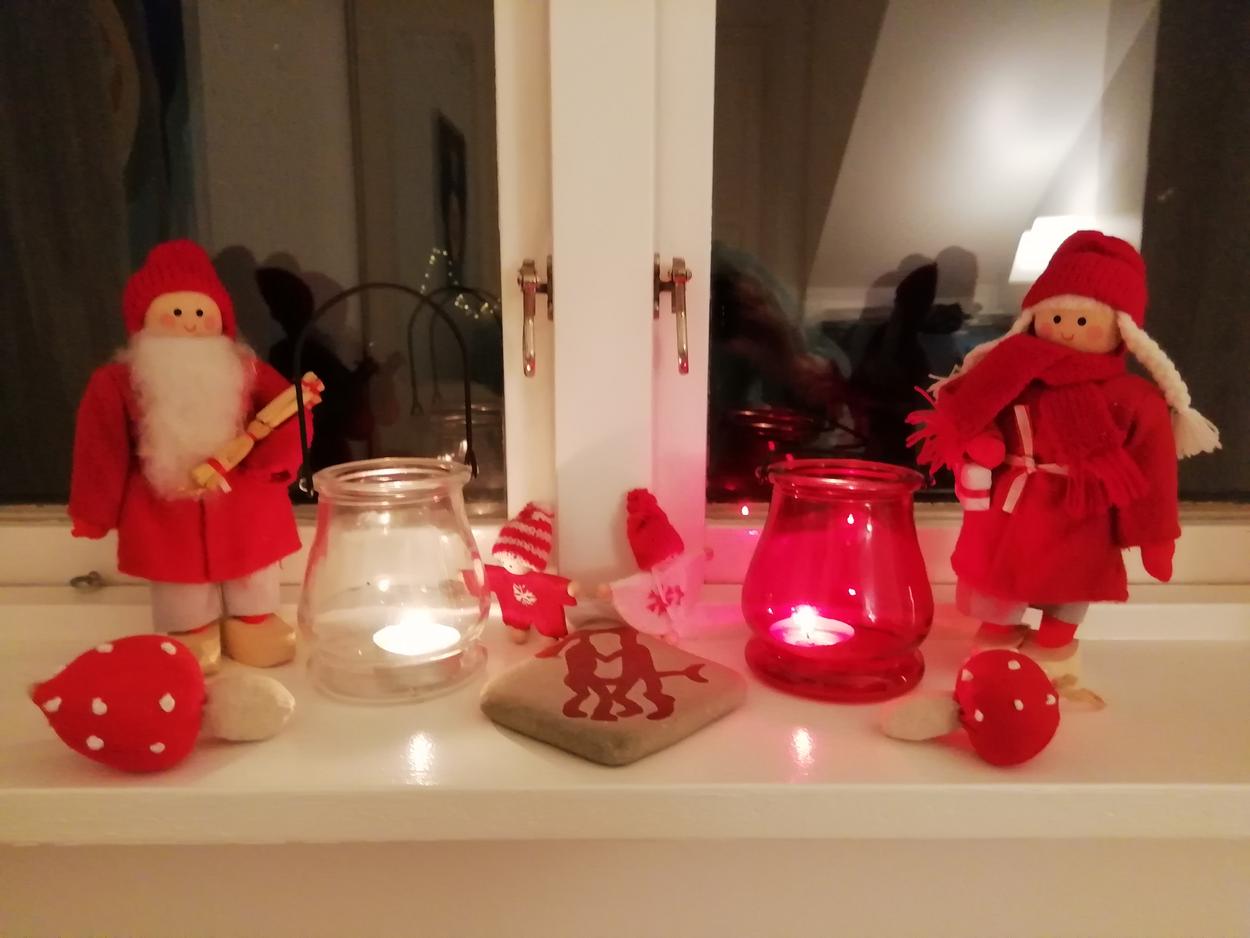